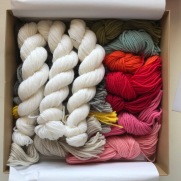 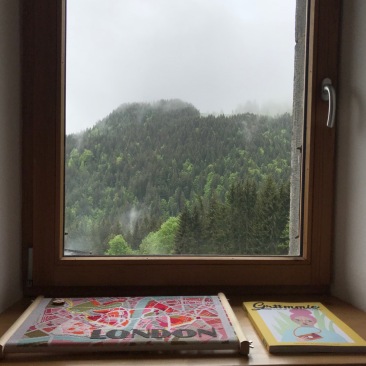 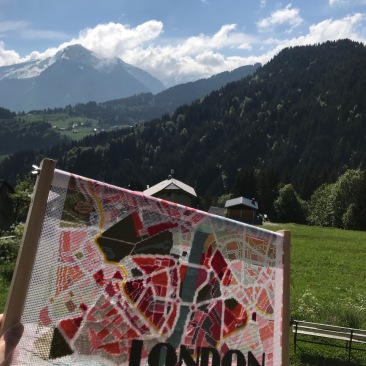 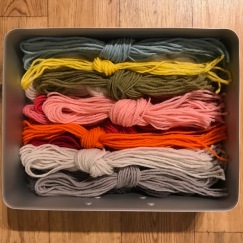 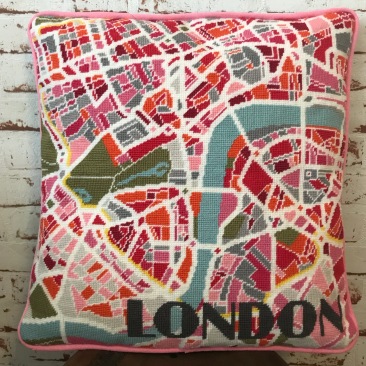 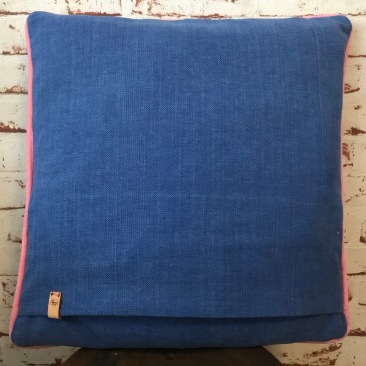 Really enjoying knitting this pattern for Farmhouse Dishtowels by @purlsoho. It is a very easy, fun and beautiful project that I can easily knit on the go or in front of the telly.
Already the final day of my Japanese Embroidery class at the 2022 @ega_usa seminar. The days have flown by. It has been so worthwhile learning my first steps in this technique from such a skilled teacher. I have still got to do a lot for this project but I had to watch out today what I worked on since I had to take it off the frame (which I don’t like doing) as otherwise it won’t fit in my suitcase. I fixed the stitches the traditional way with wheat-starch and dried it before rolling it up.
Day 3 of my Japanese Embroidery Class at the 2022 @ega_usa National Seminar. Again we learned so many different techniques today. I am really enjoying it, but sometimes it is difficult to remember every detail. Been taking a lot of notes so I can finish it at home. Tomorrow is already the last class…it has flown by. I have enclosed a close up photo as because of the silk it just looks different from every angle. #japaneseembroidery
Day 2 of my Japanese Embroidery class at the @ega_usa National Seminar in New York. We had a lot of instruction and demonstrations today so not much actual stitching on my piece. I did do the veins on the leaves I had completed (I partially restitched the green one as I wasn’t happy with it) and made a start on the flowers, which use padden L/S stitch which gives a lovely effect. Japanese L/S is also not random which makes it a bit easier for me to do than regular L/S. #eganationalseminar2022
First day of my Japanese Embroidery Class at the 2022 @ega_usa seminar in New York. I had a really fun day learning about the design, framing up a Japanese Frame and stitching my first leaves. In one way it is good taking photo’s of your progress but it also shows where I have gone wrong and all I can think about now is fixing it, so that will be my first job for tomorrow! Now it is off to the ‘first-timers’-event followed by the opening banquet. #egaseminar2022 (📷 @sewbyhandmtl)
Today I explored Brooklyn and of course I couldn’t miss out on a visit to @brooklyngeneralstore as it has been recommended to me so many times.
Working on the patterns for the spines and front cover today. I decided to go for a computer font which resembles the different fonts used on the actual Observer’s books rather than try make up the words I need from letters on different books and trying to get the spacing and sizing right.
Productive day today: made the inserts for the drawers to slide into, added the back cover over the tan-coloured book, and made a new piece for the front which I think is so much better as it reduces the number of edges showing.
All five books are stitched together, so I had the opportunity to measure for the inserts which will hold the drawers. I had envisaged three drawers, but once I had measured them I discovered they would have ended up very shallow so I went for two instead.